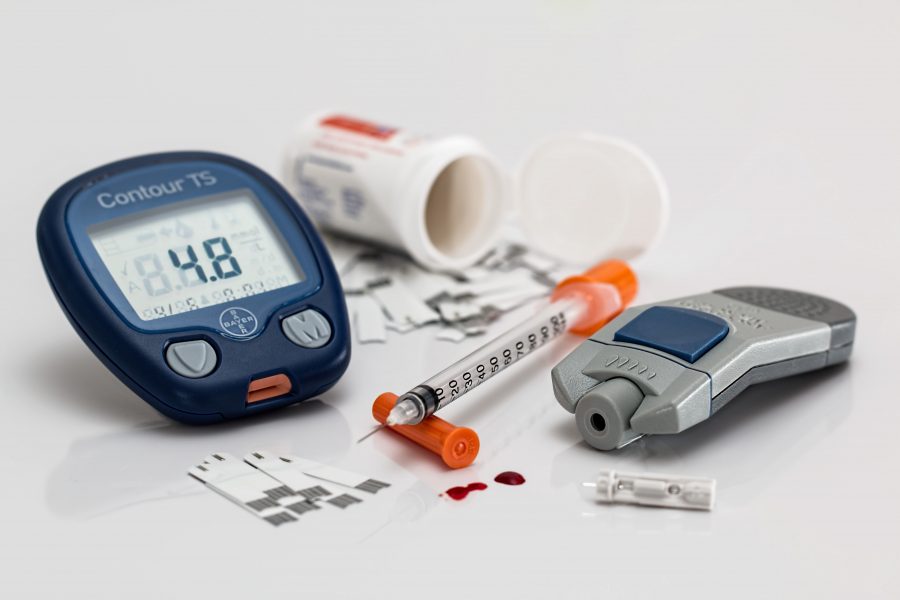 Recent research suggesting that symptoms of diabetes can be reversed by diet comes as no news to me. I don’t need an American scientific experiment with mice to prove the point. I have done it myself and without any extreme dieting.

A few weeks ago I went to see my GP after my annual visit to see the diabetes nurse.

After tapping some notes into my on-screen file he turned to me and said, ‘I can’t remember ever writing that before “Diabetes resolved”. ’I ought to have you out in the waiting room with a placard saying “It is possible”’.

Fourteen months earlier the same GP had given me the bad news. He was concerned about my blood results and he gave me a well-rehearsed talk about diabetes – what it was and what I might expect. I had become the latest statistic in the UK Type 2 Diabetes epidemic. A new diagnosis is made every 2 minutes and the disease is now estimated to cost the NHS more than £10 billion a year.

Type 2 Diabetes is diagnosed when the blood reading, known as HbA1C, reaches or exceeds a figure of 48. This is not a snapshot of the sugar in the blood at any given moment, as one would get from a finger-prick test, but an overview of the previous 8 to 10 weeks. The HbA1C test measures glycated haemoglobin, which develops when haemoglobin, a protein within red blood, joins with glucose in the blood.

A reading between 42 and 48 indicates a patient is pre-diabetic and below 42 there is no cause for alarm.

As my HbA1C was still only 49 my GP did not prescribe any medication, but suggested I lose some weight and booked me in for a series of classes to learn more about how to manage the condition.

The classes were scheduled to be held at a local community centre – one morning a week over 6 weeks.

My wife and I turned up at the first one and found a hall with about 20 fellow patients being booked in by a nurse and dietitian. One glance around the room confirmed what I had been reading. Put bluntly, most of us exercise too little, eat too much of everything (particularly sugar) and are getting fatter. The substantial rise in cases of Type 2 diabetes in recent years can be largely attributed to lifestyle, diet and obesity

After registration we all sat in a semi-circle around a whiteboard as the nurse began her first talk. The atmosphere was a cross between a meeting of weight watchers and a speed awareness course that erring motorists might get sent on.

It was not an ideal way to impart information. Everyone there had a different set of questions and some just wanted talk about themselves at length. One couple I could see, who were fit and lean and one of whom had been struck with diabetes by misfortune, seemed very much out of place. When asked what they normally ate a number of the larger people in the room came out with a catalogue of unsuitable foods and complained that they had tried dieting, but nothing ever worked.

I felt the resources of the health service would have been better used if everyone had had a tailor-made one-to-one session of 2 hours rather than spending 18 hours sitting in a room listening to a great deal of advice that didn’t apply to them.

Yet I am glad we went. Some useful information trickled through about carbohydrates, sugars and balancing a diet. Enough information for my wife and I to figure out what would be the ideal diet to follow.

We tackled the dietitian after the third session with a number of specific questions, thanked her for her helpful answers, and never went back. The last session I gathered was devoted to people coming in with ‘healthy things they had cooked’ and being given certificates for attending!

For a year I have followed our bespoke plan under the watchful eye of my wife (aka the diet police). I limited my carbohydrate intake to what I measured out in my mind as the equivalent of 12 slices of bread a day. All labelling on packages gives information on carbohydrates, usually expressed as grammes of carbohydrate contained within 100 gms of the food. A slice of bread is 15 gms. So we weighed food. If we bought anything that was not labelled, such as lose potatoes, we looked up their carbohydrate content per 100 gms on the internet. We also tended to choose carbohydrates that turned more slowly into sugar, those with a low Glycaemic Index. The internet has lists of low and high GI foods. The diet had no impact on the food budget and indeed might well have reduced the cost of shopping with savings being made on a range of items we no longer bought.

Within weeks I was feeling much improved. They symptoms of diabetes are not obvious and creep up in the former of tiredness and thirst. So the first benefit of the diet was feeling better. Then I noticed my weight gradually going down. Trousers that had been tight became comfortable. I used the next notch on my belt. A suit I hadn’t worn for years fitted again!

I still had other health problems to be aware of. I had had a kidney transplant many years ago and before my diabetes diagnosis had had a heart attack. But I think I can say that I have the Type 2 diabetes in check. I am now 68 and whatever I eventually die from, it is now far less likely to be from diabetes.

Researchers, with no doubt the gleeful backing of the pharmaceutical companies, are still promising pills to cure diabetes. But, as I have proved to myself, Type 2 diabetes can be reversed, without medication – not in every case I am sure, but certainly in mine and I don’t think I am untypical. Or perhaps I am. The GP appeared genuinely surprised and delighted that one of his patients had followed his advice and reaped the benefits. I am still, ‘at risk’ and cannot return to eating cakes, chocolates, chips and doughnuts except as an occasional treat. But that is not too big a hardship and I am very grateful to my GP for having spotted the diabetes in good time and urging me to take action.

Ted Harrison
Ted Harrison is a writer and artist who divides his life between the two places he calls home - West Wales and Shetland. He is a former BBC Radio 4 presenter and correspondent.