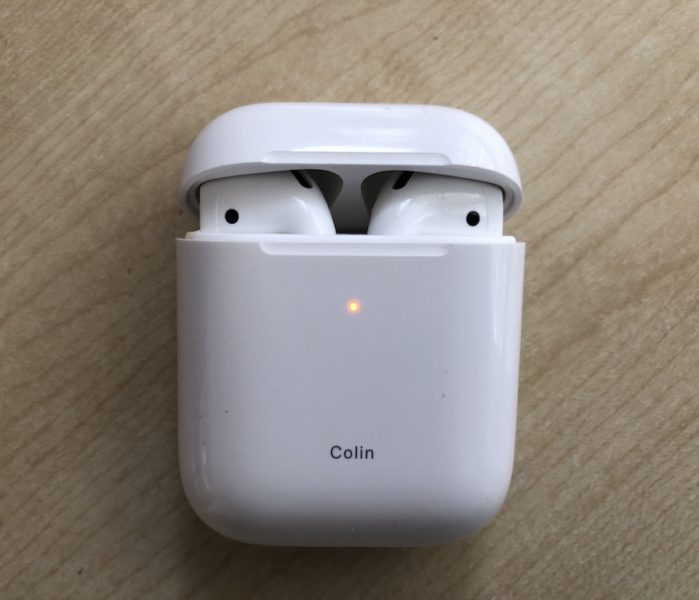 I took delivery of Apple’s new second-generation Airpods on release day last week. After months of speculation and rumour about what the new earbuds would include, as I will explain, I had a particularly urgent reason for waiting for their release – and it seemed like an eternity.

I have muscular dystrophy, which causes severe muscle weakness in my limbs, including my hands and arms, meaning I rely on a truly hands-free solution for messaging, making phone calls, listening to music, controlling my environment, and getting things done on my mobile devices. I am unable to touch the Apple Watch face, or the iPhone screen, in many situations with my fingers. I am 100 per cent reliant on using Siri and voice commands to control my devices, stay connected, and do the things I need to do to live my life to the fullest.

I own several Apple mobile products, including a MacBook Pro, iPhone X, and Apple Watch Series 3 cellular and GPS, and two years ago I bought the iconic and now ubiquitous first generation Airpods, which I have loved and found useful when connected to my devices.

However, the big problem I have faced with the first gen Airpods has been the lack of a voice-activated, hands-free Hey Siri feature. To evoke Siri on the first gen Airpods you have to physically double tap one of the Airpods while they are in your ears, and I can’t do this. This has left me completely stuck in terms of interacting and controlling my iPhone and Apple Watch, especially when out and about.

Ever since I saw Siri being activated using the Hey Siri voice command with a pair of AirPods during the opening film for Apple’s iPhone XS launch event last September, it’s been obvious that Apple has had such a feature in the pipeline, and I have been, quite literally, gagging for it.

The biggest visual change between the first and second-gen AirPods involves the Wireless Charging Case with an LED charging status indicator that is now on the front of the case. Apple sells two versions of the AirPods 2 — a £159 model with a regular charging case that accepts a Lightning cable for charging, and a £199 model that comes with the new Wireless Charging Case.

Some industry experts and reviewers have been disappointed with the second-generation Airpods, slamming them as Airpods 1.5 or Airpods S. It’s true there are no new colour options, no biometrics, and they have the same 5-hour battery life between charges. Airpods 2 are identical in exterior look to the first generation Airpods.

However, none of these criticisms matter to me because the standout feature for me is voice-activated Siri access. This is the killer feature and the gateway to my independence.

Voice-activated Hey Siri works seamlessly on the AirPods 2, giving me a voice assistant experience that’s more useful than ever before. I have several smart speakers in my home and when I invoke them everyone knows about it because the speakers respond to my commands. Sometimes, I have to shout across the room when the smart speaker doesn’t understand what I’m saying. What’s really special about the new Airpods is that I can now do everything without raising a finger, and Siri will respond, in private, directly in my ears. This is the biggest advancement to come to the second-generation AirPods; it’s a liberating feature for those like me who rely on a completely hands-free solution.

It is Apple’s new H1 chip that makes all this possible and with it comes quicker connect times, performance efficiencies, and more talk time on phone calls. With voice-activated Siri you can say things like Hey Siri…

What’s the weather like tomorrow
Call my mum
When do Liverpool play next
Turn up the volume
Set the thermostat to 20 degrees
Play Snow Patrol
Skip to next song
…and just about anything else you’d normally use Siri for.

If, like me, you have a cellular-enabled Apple Watch, all this is a very futuristic feeling. I can leave my iphone at home, and talk to Siri hands-free while out and about via my Airpods, and connected Apple Watch on my wrist. This is truly liberating. Up until now, I haven’t had much access to my Apple devices when I am away from home. Now I can make phone calls, send messages, play music, and more. Most things that you can do on a iPhone or Apple Watch are now accessible to me for the first time.

The inclusion of voice-activated hands-free hey Siri has also breathed new life into my Apple Watch, which has been gathering dust in a drawer for several months. I’ve written previously about how I bought this device when it was released in September 2017 and found it next to useless because I am unable to raise or twist my wrist to wake the watch face and activate Siri. Now with Airpods 2 this is no longer a problem and I can take full control of the watch for the first time in more than 18 months. Not often does one buy a gadget, find it useless, only to get a second chance to make full use of it.

It is disappointing that Apple isn’t talking about the benefits of voice-activated hands-free Siri in the second-generation Airpods for physically disabled consumers. Nowhere in the user guide, or the publicity and press releases accompanying the product release, is any mention of how useful this feature can be for accessibility purposes. I can’t be the only one who has been waiting desperately for this feature. There will be many people with various kinds of physical incapacity, including from stroke, spinal injury, and muscle weakening conditions, who will find voice-activated Siri in the new Airpods 2 incredibly useful.

However, with all the positives the new Airpods offer I’m not getting too carried away because it’s got to be said that Apple still has some way to go if it is to offer people like me a truly useful hands-free mobile device experience.

Siri still cannot help me hang up a phone call with a speech command. Over the years this has got me into all sorts of bother when calling someone and ending up in their voicemail box because they did not pick up my call. There is absolutely nothing I can do to hang up the call in such a situation as Siri does not have a end call command so I have to pad out long voice messages until the recipient’s voicemail box has run out of space and the line goes dead. I can’t for the life of me understand why I cannot just give Siri a “stop” or “end call” command like you can on Alexa smart speakers, and even Apple’s own Homepod.

Soon after writing about how iOS 10 did not include an auto answer feature, which made it difficult for me to answer phone calls, Apple introduced auto answer in iOS 11, which I find useful in conjunction with my Airpods. However, it is beyond ironic that Apple does not provide the option of toggling auto answer on and off via Siri and a voice command. I cannot even create a workflow in Siri Shortcuts to take control of the auto answer function.

I can’t unlock my iphone to access my messages so I would like Siri to read them to me. It’s possible to use Siri hands-free from your lock screen for managing messages, and many other things, but it comes with compromises. For privacy reasons Apple prevents Siri reading messages aloud unless you have notification previews set to on, which means all my private messages will be on display on the lock screen, which is not something I want. This is because Siri currently works by voice recognition not individual voice authentication. Hopefully, Apple will work on bringing voice authentication to Siri, which could even pave the way for Apple Pay payments by voice authentication, a feature I would really like and find incredibly useful. Until this happens, Apple could offer a custom setting in accessibility for those of us who want the privacy of not displaying our messages in full on the lock screen but still want Siri to read and manage our messages when the iPhone is locked.

AirPods’ big new feature of always-on voice recognition, which means that instead of double tapping one AirPod to activate Siri, you simply say “Hey Siri” is the feature I’ve been waiting a lifetime for. It works brilliantly, seamlessly, and has set me free. This inclusion of a voice assistant on a mobile device that can be talked to without physical touch has opened up a whole new world of independence.

Apple offered free engraving of the new Airpods wireless charging case and I opted to engrave it with my name. After I had placed the order I soon regretted my decision because, on reflection, I should have engraved it with the word “freedom” because that is exactly what these new second-gen Airpods mean to me.